skip navigation
The Official Home of the Madison Capitols USHL

Outscoring the Youngstown Phantoms 12-1 on the weekend, the Capitols completed the weekend sweep tonight with a 7-0 triumph.

"We accomplished our mission," Capitols head coach Tom Upton said. "That is something we talk about every day. We talk about winning every single day in this program. Game day is no different, we expect to win on a Monday."

Unlike Friday's contest, the Capitols scored a pair of first period tallies. Dan Sambuco tapped in a loose puck into a yawning net back door for his first United State Hockey League goal of his career. Nathan Lewis and Nick Wallace were credited with the helpers. With 37 seconds left in the first period, Luke Mittelstadt snuck down low on the power play and was in perfect position to knock in a loose puck out front off a Kyle Kukkonen shot. Capitols forward Tyler Haskins tallied his fourth assist on Mittelstadt's late goal.

Madison added two more goals late in the second period just 2:35 apart. Massachusetts commit Nathan Lewis netted his first USHL goal of his young career burying a back door pass from centerman Matthew McGroarty. Sambuco, a Providence Hockey commit had the secondary assist on the play. 1:13 before the 2nd period buzzer, Cade Penney sprung forward Jack Musa for a breakaway and the rest is history. Musa put a wrist shot top shelf to make it a 4-0 game.

If you thought the Capitols would take their foot off the gas pedal up four heading into the final 20 minutes of regulation, you thought wrong. Captain Jack Horbach, and blueliners DJ Hart and Luke Mittelstadt all put pucks in the back of the net. Horbach, whose goal was assisted by Reid Pabich and Trey Ausmus, ripped a snapshot low blocker side to beat the Phantoms netminder. Ausmus' secondary assist was his first point of the season. DJ Hart's first goal of the season was cleared for takeoff by NASA. The Ohio State commit unleashed a rocket of a one-timer at the point from a Jack Musa Pass. Mittelstadt's second goal of the night was a lot like his first. Kyle Kukkonen ripped a shot on net after defenseman Ben Dexheimer passed it over to him. The puck dropped right in front Mittelstadt to knock it in.

The Slovakian sensation, Simon Latkoczy turned away all 16 shots he faced tonight to earn his first shutout of the 2021-22 campaign. Latcoczy stopped 52 of the 53 shots he saw on the weekend.

"Obviously Simon was tremendous tonight between the pipes," Upton said. "He gives us a chance to win every night. That's the only thing you could ever ask for out of your goalie."

The Capitols hit the road next weekend to take on Team USA U-17's. They return to Bob Suter's Capitol Ice Arena the following weekend. 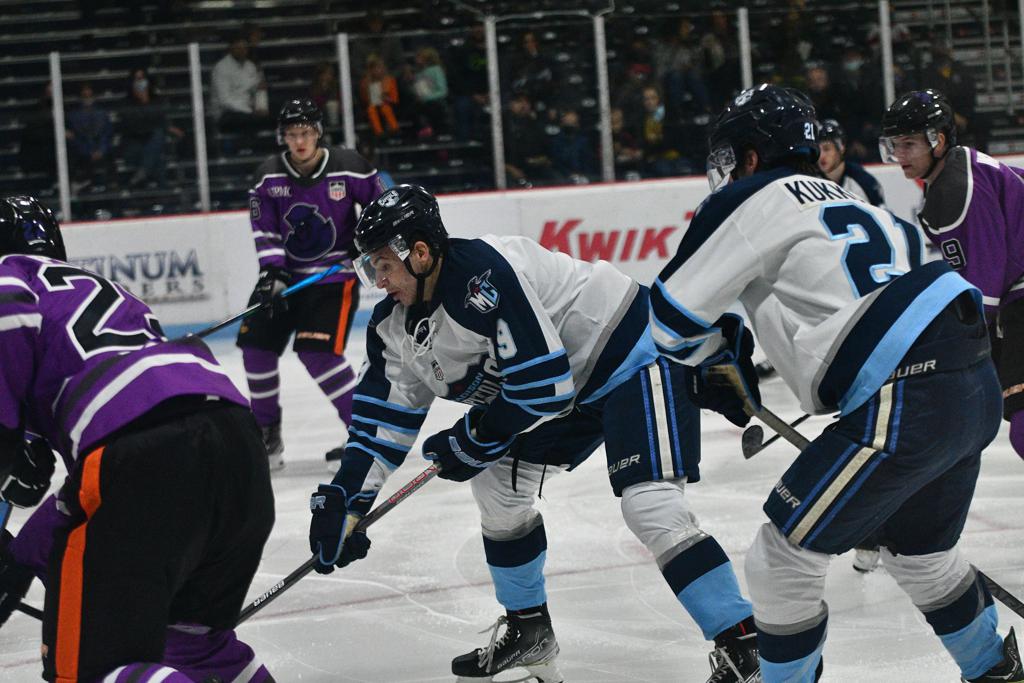